Chris Child has worked for various departments at NEHGS since 1997 and became a full-time employee in July 2003. He has been a member of NEHGS since the age of eleven. He has written several articles in American Ancestors, The New England Historical and Genealogical Register, and The Mayflower Descendant. He is the co-editor of The Ancestry of Catherine Middleton (NEHGS, 2011), co-author of The Descendants of Judge John Lowell of Newburyport, Massachusetts (Newbury Street Press, 2011) and Ancestors and Descendants of George Rufus and Alice Nelson Pratt (Newbury Street Press, 2013), and author of The Nelson Family of Rowley, Massachusetts (Newbury Street Press, 2014). Chris holds a B.A. in history from Drew University in Madison, New Jersey. View all posts by Christopher C. Child →

When I was watching the recent World Cup, and the various countries playing, I found myself considering genealogical connections I have found within the competing nations—to my own ancestry, to my wife’s, or to projects that I have worked on. My recent post on the Van Salee family focused on a family with connections in the present-day United States, Netherlands, and Morocco, and at the time of that post, all three nations were still in the tournament.

The two countries from which most of my ancestors derive are England and Germany, and the top three countries for my wife’s ancestry are Spain, Portugal, and Senegal (this is according to her AncestryDNA results—I suspect most of the claimed Portuguese ancestry is probably also Spanish, although I have not traced any of her ancestors to the Iberian peninsula or a specific place in Africa). All five countries, except Germany, made it to the round of sixteen of the World Cup. END_OF_DOCUMENT_TOKEN_TO_BE_REPLACED

African Founders , a recent publication by David Hackett Fischer, discusses Anthony Jansen van Salee (1607-1676), known as the “Black Mohammedan.” His mother was of African origin, and his father was Jan Jansen van Haarlem, known as Reis Mourad the Younger, a highly successful Dutch pirate in Algeria and Morocco. Anthony and his brother or half-brother, Abram Jansen van Salee (d. 1659), were early settlers in New Amsterdam, now New York City. Their surname “Van Salee” refers to their origin in the Republic of Salé in modern Morocco. Anthony had considerable landholdings in Manhattan and later, after some disputes with other Dutch settlers, in Brooklyn near Coney Island. Abram lived in Brooklyn as well. Anthony’s descendants largely married into other Dutch families of the area, while Abram’s descendants largely married other people of African descent. END_OF_DOCUMENT_TOKEN_TO_BE_REPLACED 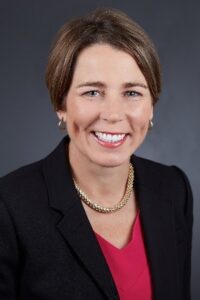 Massachusetts made history with the recent victory of state Attorney General Maura Healey as our next governor, becoming both the first elected female governor in the bay state and the first openly lesbian governor in the United States.1 When Healey became the nominee for her party earlier this year, I started to look at her ancestry, and found many families in common that I had recently researched for who will be her gubernatorial predecessor, Gov. Charlie Baker.

Earlier this year in April, Governor Charlie Baker was our speaker and guest at our Family History Benefit Gala “A Boston Homecoming” where Brenton Simons presented the governor with a handbound genealogy of his family. His mother’s ancestors largely went back to Scotland and Ireland via Ohio and Canada, while his paternal grandfather was born in New York City with a lot of ancestry in Steuben County, New York, and some earlier ancestors in New England. The ancestry that was in the same community for the longest time was the ancestry of his paternal grandmother, Eleanor Johnson (Little) Baker (1886-1983), herself a genealogist and member of NEHGS, whose ancestors largely went back to several families (often many times over) in colonial Newbury and Newburyport, Massachusetts.2 END_OF_DOCUMENT_TOKEN_TO_BE_REPLACED 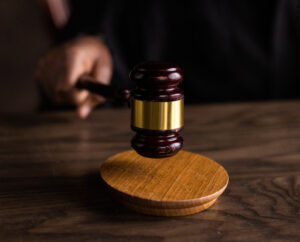 A friend relayed to me this episode: an older individual was leaving a research facility when security, per policy, asked to inspect their bag. The individual declared to my friend working at the reception desk: “I find it insulting that security asked to check my bag, because I’m a Mayflower descendant!”

Aware that one’s ancestry has very little to do with one’s potential to commit a crime, my friend wanted to know if there were any Mayflower descendants with a well-known criminal record who they could have brought up in response. Indeed, there are plenty! END_OF_DOCUMENT_TOKEN_TO_BE_REPLACED

Following the example of his mother Queen Elizabeth II, the new monarch of the United Kingdom has officially chosen his first given name as regnal name: King Charles III. I previously speculated that the new king might choose the names George VII , Philip, or, as a longshot, King Arthur . Historically, it’s popular for monarchs to choose their first names–since the creation of the United Kingdom, the only monarchs to break the pattern by reigning with a subsequent given name have been Victoria, Edward VII, and George VI.

Regnal names in the United Kingdom have a complex history, particularly those which were used for monarchs of England or Scotland prior to the unification of the two kingdoms. Until 1603, England and Scotland had separate monarchies, although royals of the two kingdoms frequently intermarried. (All English monarchs since Henry II were descendants of Malcolm III of Scotland, and all Scottish monarchs since James II of Scotland were descendants of Edward III of England; see this chart.) Queen Elizabeth I’s closest heir after her death was her first cousin twice removed (in two ways), King James VI of Scotland, who subsequently became known as King James I of England. END_OF_DOCUMENT_TOKEN_TO_BE_REPLACED 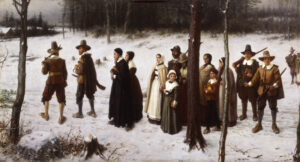 An occasional project I have worked on is compiling a list of “near- Mayflower” families. These are families who were not on the 1620 voyage themselves, but most or all of whose present-day descendants share Mayflower ancestry. There are easy cases at the first or second generation like Robert Cushman (whose only surviving child Thomas married passenger Mary Allerton), Thomas Little (who married Ann Warren, daughter of passenger Richard Warren), and my ancestor Christian Penn (spouse of passengers Francis Eaton and Francis Billington). Others are more complicated. END_OF_DOCUMENT_TOKEN_TO_BE_REPLACED 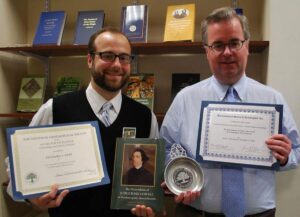 When Scott Steward told me about his forthcoming departure from NEHGS, he asked if I could send him one more Vita Brevis post “for the road.” The posts I have written have largely been when I need a mental break from whatever genealogy I am working on or go down a rabbit hole on a minor problem within a project; they are sometimes inspired when I am engaged in other forms of entertainment outside of work. While I had one such post “in the cupboard” for Scott to publish, I thought a more appropriate final post under Scott’s editorship would be reminiscing about the many projects we have worked on together for more than fifteen years! END_OF_DOCUMENT_TOKEN_TO_BE_REPLACED

I was recently interviewed for an article in the Boston Globe on the ancestry of Dr. Patrick Graves Jackson, husband of Ketanji Brown Jackson, the newest associate justice on the Supreme Court. My colleague Sarah Dery has been working on Justice Jackson’s ancestry for some time, and the Globe article discussed both of their ancestries.

Sarah recently wrote a post about Justice Jackson’s ancestry, and a longer article she wrote will be published in our next issue of American Ancestors magazine. END_OF_DOCUMENT_TOKEN_TO_BE_REPLACED

The American Genealogist (TAG) has frequently published amusing short items found in the records, often as “filler” for the lower half of a page. Following up on my post about the Geer and Christophers families of Connecticut, the last TAG article by Norman Ingham, which was followed by comments by David L. Greene, had the an item concerning “Mercy Giggles” and Freelove Frink.” I was interested to know what became of these two eighteenth-century Connecticut ladies. END_OF_DOCUMENT_TOKEN_TO_BE_REPLACED